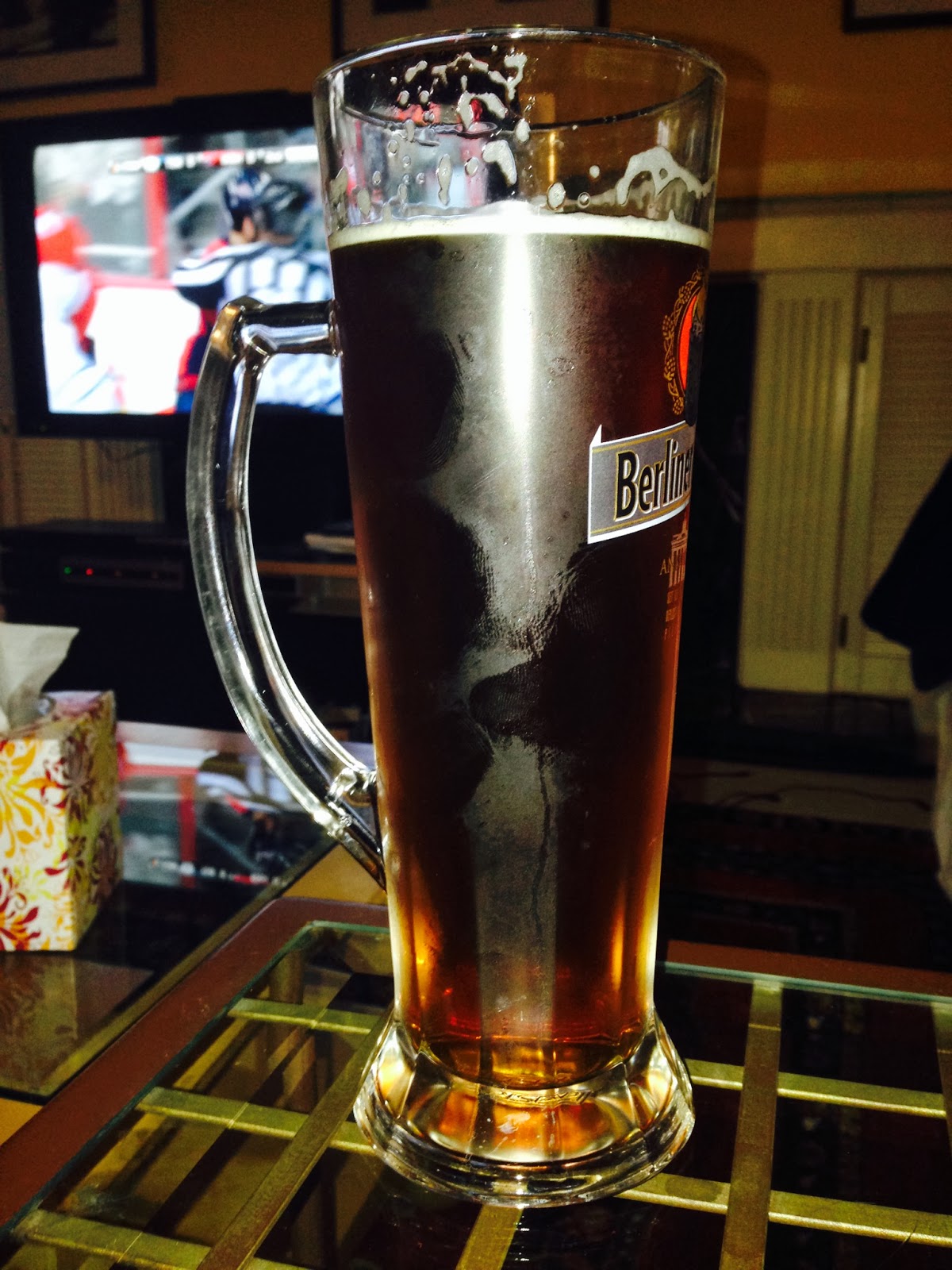 My Irish Red Ale (recipe at bottom) which I've been making unmodified since 2011 was the obvious candidate for aging in a Rye Whiskey barrel. I was just hoping that the beer was strong enough in malt flavours to complement the whiskey flavours. Spoiler alert. (It was!) 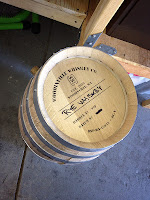 The barrel arrived with a bit of whiskey swishing around. That was exciting. I was glad that the barrel was not dry. Well five days past before I filled her up. She was moist at this stage.The first week the angels took about 700 ml. My ale aged three weeks and I emptied it into kegs for carbonation. I did fill the barrel with an Ale when this beer was drained from the barrel.

The barrel has added significant oak, char, and whiskey. Being a small barrel (8 gallons) the ratio of surface area to beer is very high so aging goes faster then large barrels. I'm not a fan of cherry beers however this beer can best be described as a warm malty cherry tone with whiskey after flavours. The ABV has gone up at least 2  to 3 percent.

Aroma is whiskey and light malty. Taste is like dark cherry malt. Light on the palette with a warm glow of whiskey. The after taste is slightly bitter with a persistent whiskey flavour. The ale is estimated to be about 10 to 11% ABV with no burn.  I would expect this to be served in small portions since drinking a pint may put you under the table. The combination of cherry, oak and malts together create a nice Irish Whiskey Ale.

Many people opt for a stout when doing their whiskey barrel aging. I would consider a Red Irish Ale an equal alternative and maybe even a better alternative when it comes to the complex flavours whiskey can offer.

Over time this beer has changed. It started out with warm cherry flavours that a beer that would hit you with the whiskey flavours. This got a wow from everyone who drank it. At 3 months is mellowed and smoothed out. between 7 to 8 months it was smooth and the cherry disappeared and you are left with  a more malty beer with whiskey over tones. The oak rounded the beer out nicely. At 10 months it's magical. The mouth feel has significantly lighten and the flavours have merged.

Next time I would consider aging for 5 weeks in a fresh barrel and mashing at 153F to pull out more grain flavour.

May 5 2014 - This has been a fantastically successful beer. A favorite among many. Lagering in keg change the beer profile considerably over time. Down to my last few pints.

1 - 3 mths  - Strong Rye flavour and malt flavours were distinct. Tastes of dark red cherry (good) and a real after kick of rye on the palette.

12-15 mths - not much changed. Slight improvements.